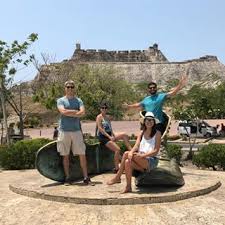 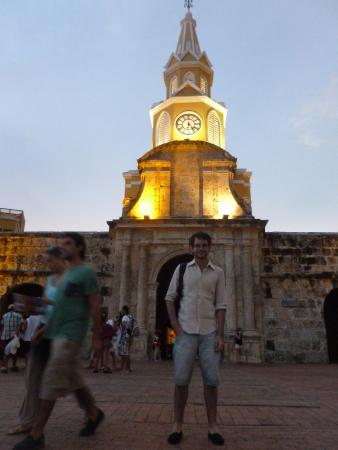 We continue to climb the highest part of the city on Cerro de la Popa to observe its Chapel (if it is accessible at the time) and view of the city.

We will have 30 minutes on this site, whose construction dates back to 1607

Convent, Cloister and Chapel of our lady of the candlestick of the stern.

Observation of the Jump of the Cabrón, since the goat was thrown. 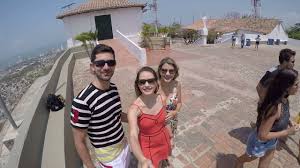 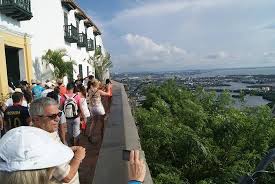 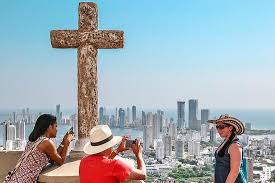 We continue to the Apolo Park 1922 Republican Park, in the El Cabrero neighborhood from this point we will observe:

Rafael Núñez House Museum - built in the late 1800s, it was a presidential palace and here the Constitution of Colombia is signed in 1886. It is a Creole and Neo-colonial architecture in wood, neocolonial, widely used at that time in Florida. Here Núñez lived with his second wife Doña Soledad Román.

"La Tenaza" is a section, between the Bastions (walls) of Santa Catalina and San Lucas

In the Apolo Park you can also observe the magnificent works made by the sculptor Cartagenero,

Alfredo Tomás Tatis Benzo, who is in full development of works on request

End of our program
We are sure that we will contribute to your training.
For local historians, guides and Architects, we are open to your suggestions and clarifications, that will help us perfect this program in the future - thanks from the David Ucros Eventos y Turismo SAS work team

THANK YOU! THAT GREAT HELP!

We suggest on your own to complement visit:
Trinity Square in the Getsemaní neighborhood.

and the remodeled and changed Teatro Serrezuela 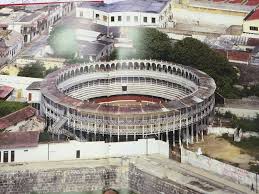